FLASH AND BLUR FOR DRAMA 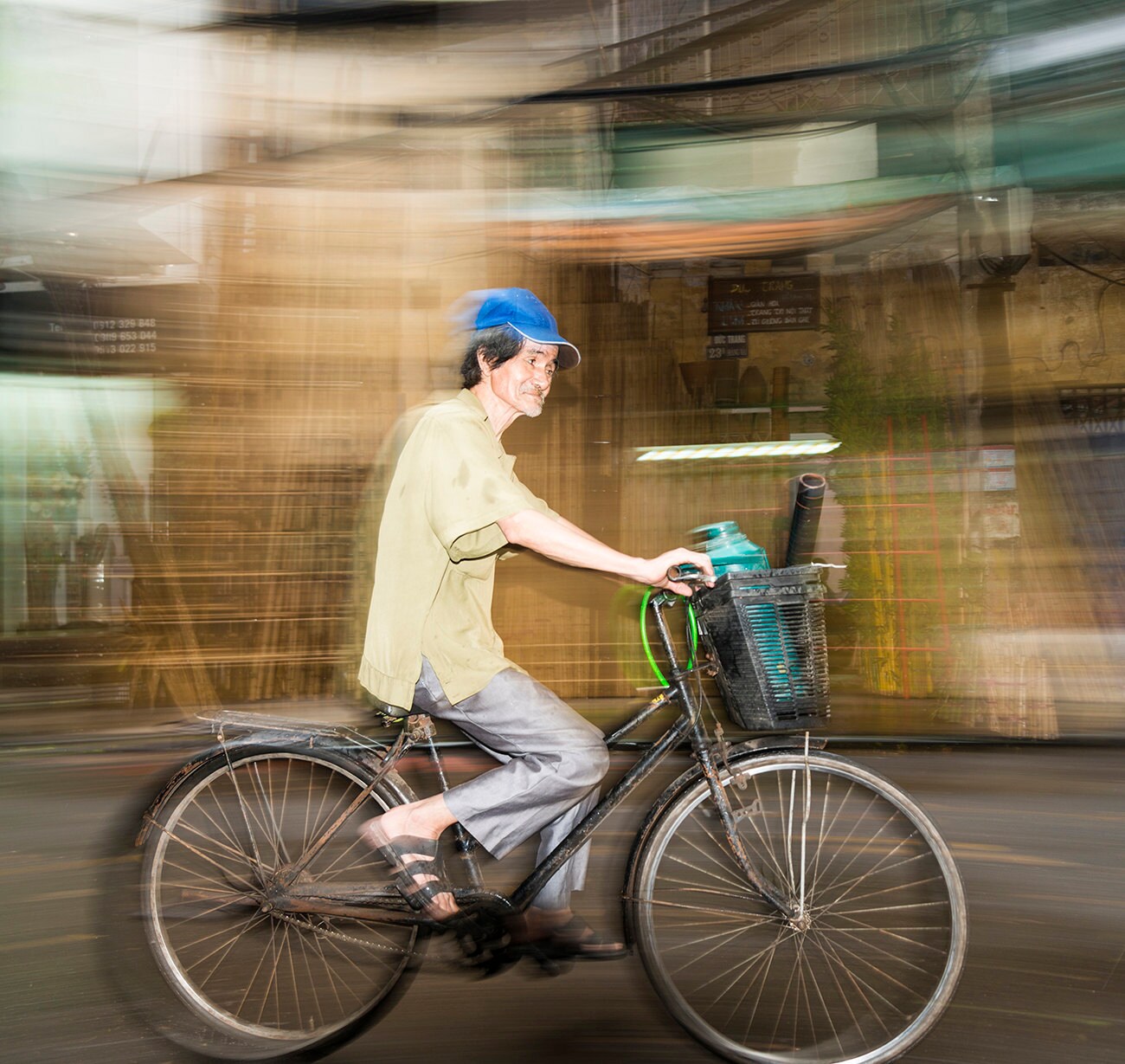 A technique that i sometimes employ when taking pictures of moving subjects is flash and blur. This approach can inject drama and atmosphere in to an image bringing it to life !

During a recent trip to Vietnam i decided to incorporate flash and blur while taking photographs of the locals riding their motorbikes and bicycles along the busy streets of Hanoi. There were literally thousands of commuters riding their bikes to work which provided me with great subject matter to create new artistic images. On this particular day the skies overhead were dark and cloudy with some rain which allowed me to make the most of using the flash on my camera.

I used a slow shutter speed of around 1/15 of a second or less which helps to blur the backround and emphasize any movement in the picture. A burst of flash almost freezes the main subject and creates this great effect that can be seen in the picture here of this characterful gentleman with a blue baseball cap on his way to work. He has a blue coloured flask in the basket and a green coloured bicycle lock on the handlebars also which adds to the vitality of the photograph. I took many shots of cyclists coming past me and got some strange looks from the people. They must have wondered what i was up to standing at the cross roads with my camera flashing away at every rider that came in my direction ?! I was a little worried that i might cause an accident but the Vietnamese people are very adaptable to any situation on the the roads !  Vietnam is a wonderful place to witness the strange and wonderful and should be visited at least once in a lifetime ! You can see things there that would never see here in the UK especially on the roads ! A complete family and the pet dog riding on the same motorbike is not unusual in Vietnam !!

This wonderful picture titled 'THE HANOI COMMUTE' can be bought as a Limited Edition Print in various sizes. They are all signed and numbered on the back and would make a great addition to the home or work place.

Have a look at my Travel Gallery on my print sales website.