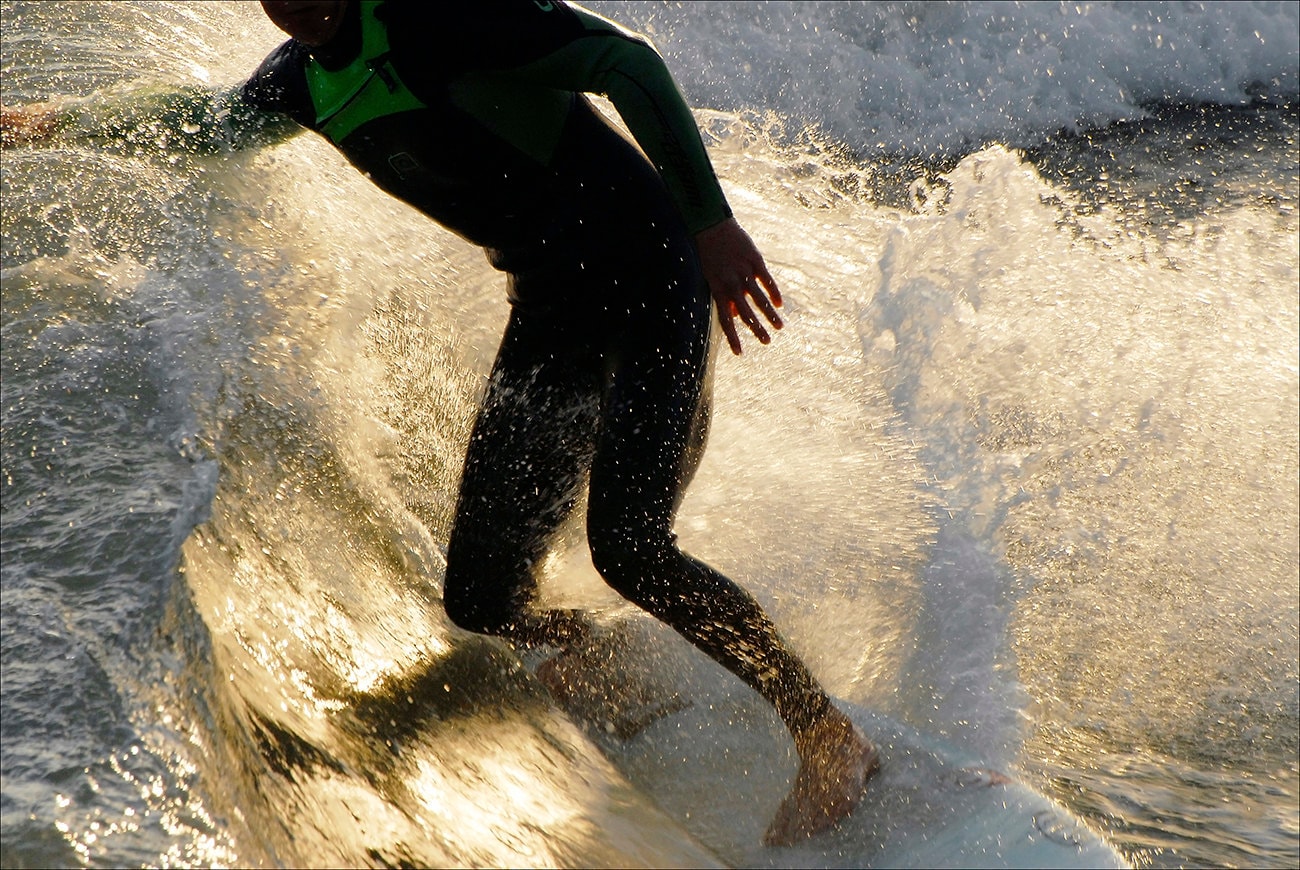 I have always loved photographing surfing. I live close to the beach and have always had a deep connection with the sea ever since I was a young child. In fact my favourite times have always been while I was on the beach or in the sea. My brother and I used to have a small ski boat and have had numerous adventures together racing around either water skiing, wake boarding or just chilling out with a few beers on a summer's day. Recently I purchased a stand up paddleboard which now enables me to get on the water at a slower speed but in it's own way is just as much fun as speeding around in a motorboat.

I used to have an apartment that overlooked Bournemouth Pier which is a popular beach town in Dorset, UK. In the winter months there would be great surfing conditions right next to the pier which would attract locals and visitors who enjoyed riding the waves. It wasn't exactly Hawaii but it was still great fun for everybody to practise their surfing skills and to look cool in their wetsuits !

The picture here is one of my all time favourites that I took on a late sunny afternoon. I have called it 'Silver Surfer'. Ok, I know it is not Silver but it kind of reminds of the the comic book hero of the past. The reason that I like so much is the fact that it is taken from above and is very close to the subject along with the fact that the golden backlighting is fantastic leaving the surfer in silhouette. We cannot see the face of the person which adds the mystery factor to it aswell.

I took the image while standing on Bournemouth Pier using a zoom lens. The surfers were riding the waves beneath me and actually passing through the underneath of the pier and coming out the other side ! A risky thing to do as they could have easily crashed into the sturdy concrete pillars that supported the pier itself. Surfers have always been known to be a bit of a crazy bunch  probably due to drinking too much sea water !

This surfing picture has done very well for me as it has been on display in the Museum of Auckland in New Zealand after receiving a prestigious award in the  New Zealand Geographic Magazine photographer of the year competition. It was a great honour for me to have my work shown in such a grand venue !

Today i continue to photograph surfers and their culture and aspire to capture an even better image than my 'Silver Surfer' award winner.......

This unique picture can be seen and bought from my gallery of 'Surfing' on my printsales website.