THE TREE MAN OF SRI LANKA. 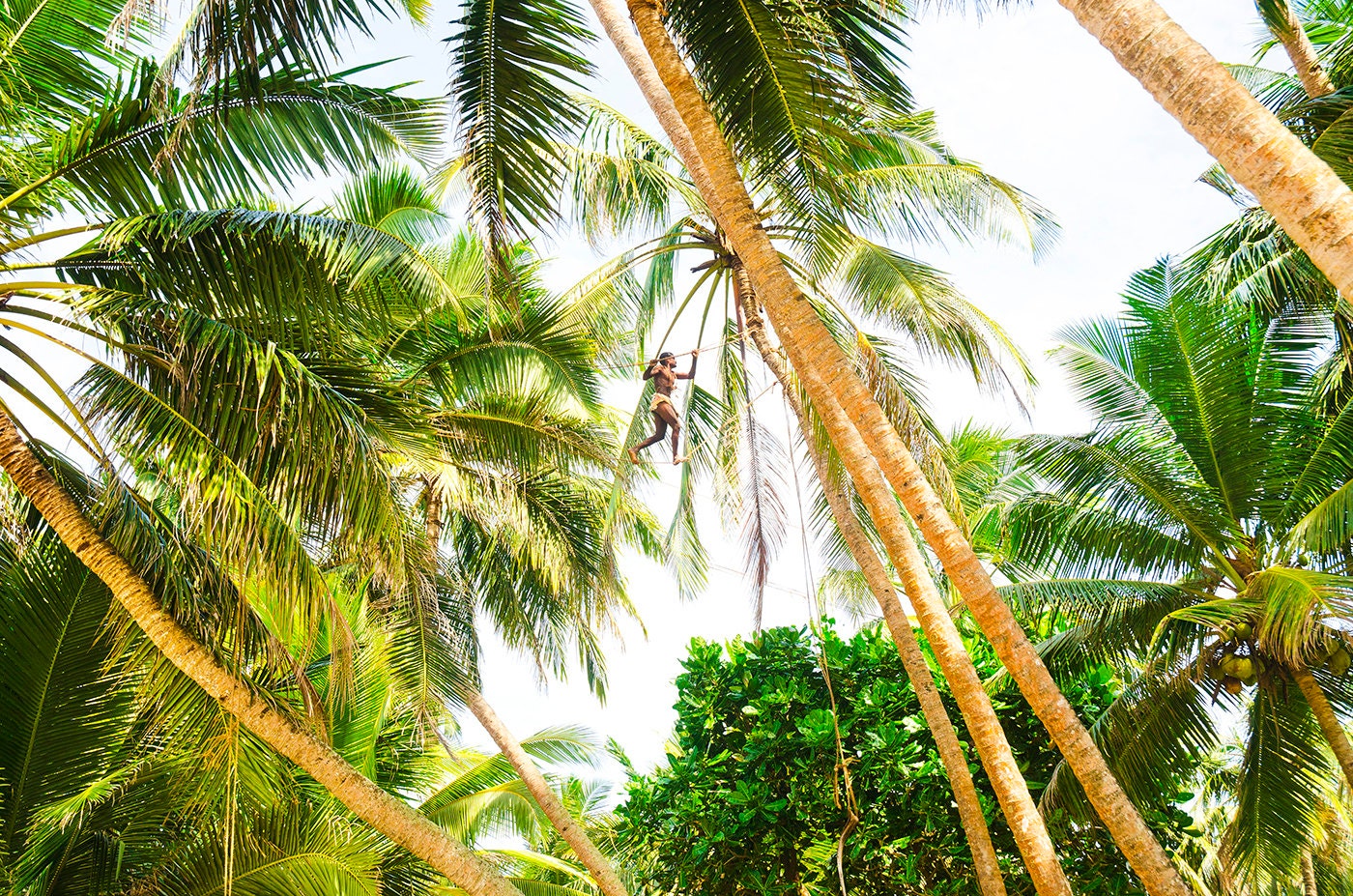 Several years ago i took a three week trip to Sri Lanka. I stayed at a very nice hotel on Induruwa Beach which was located on the south west coast. It was my first visit to this beautiful country which was formerly known as 'Ceylon'. I was immediately struck by it's natural beauty and the fact that tourism had not yet spoilt it. The beaches were long and sandy and fringed with thousands of palm trees which swayed elegantly in the sea breeze. The people were the most humble and friendly that i had ever met. I was frequently greeted by locals with a "hello" and a big smile and "where are you from ?" I enjoyed chatting with the amiable locals who seemed really interested in me as a person rather than what i had in my pocket which is the norm in many other countries that i had been to.

Many of the Sri Lankan people have had to rebuild their homes and lives after the devastating Tsunami in 2004. I asked many of them what is was like on that day and they told me some incredible stories of panic and survival. One man explained to me that the sea went out very far revealing hundreds of fish that were stranded on the beach. Many people ran to pick up these free fish to take home but were caught out by the huge waves that had returned at speed taking everybody by surprise ! The man that that was telling this harrowing story said that he had to quickly put his young son on his shoulders and climb up a palm tree to survive the wall of water that had advanced on to the beach where they had been walking. He said that the sea level ended up just a few feet below them. Their lives were saved thanks to the palm tree that was there on the beach that day which brings me to the the story behind my 'TREE MAN' picture.

A week later i was out with my camera walking along Induruwa beach when i noticed a small man starting to climb up a very tall palm tree not far from me. I was amazed at how fast and effeciently he was climbing. I then watched open mouthed as he walked along this tightrope between several trees to search for ripe coconuts. His skill and courage were incredible as he proceeded to harvest the large coconuts from the from the tree and drop them on to the ground. I was by now frantically taking as many pictures as i could to capture this wonderful picture of the man going about his job. For him walking the tightrope every day was completely normal even though it was extremely dangerous.

As the 'TREE MAN' completed his task i couldn't help remembering the story i had heard the week before of the father carrying his son on his shoulders up the palm tree to escape the Tsunami. The Palm Trees provide both food and safety for the Sri Lankan people !

This wonderful picture can be seen and bought as a print at my 'Travel Gallery' here at my shop.